[LOOK] Nine Black Alps “My One & Only” (Official Music Video)

[HEAR] Soundgarden – Been Away Too Long (Official Audio)

The new video for Yet Again taken from Grizzly Bear’s album Shields, out now.

Executive produced by The Creators Project in partnership with Warp Records, the video was directed by Emily Kai Bock and shot in Toronto.

[HEAR] Tim Burgess “Oh No I Love You” album streaming

Listen to TB’s new album “Oh No I Love You” streaming via Guardian HERE.

[HEAR] Fear Of Men “Your Side”

Thanks to Shell Zenner for this tip-off…..

[LOOK] The Wildes “She Gave Me Everything” (Official Video)

This is the OST for a video game that you will play, a document/reification of summer 2012’s processes and practices. I don’t want it regard it as a created ‘product’ even though it probably is.

A collection of six tracks that attempts to junction gritty, propulsive breakbeats (think classic RZA productions like GZA’s ‘Liquid Swords’ album) with maelstroms of layered guitars, clarinet, and whatever else.

The accompanying artwork by Adam Westerman is available as a limited run of A3 prints complete with QR codes for each of the record’s six tracks.

TIME IS OUT OF JOINT

[HEAR] Jason Lytle “Get Up And Go”

“Get Up And Go” by Jason Lytle from the new album ‘Dept. Of Disappearance”.

[LOOK] Behind the Scenes with Paul Banks (Includes 5 tracks)

Noisey was given unprecedented access as Paul Banks prepared for the first shows in support of his upcoming solo album “Banks.” What resulted is possibly the most transparent and intimate portrayal yet of the Interpol frontman.

Featuring the songs:
Awake, Arise
I’ll Sue You
Another Chance
The Base
Young Again

Pre-order it here from Matador!
http://store.matadorrecords.com/new-releases/banks 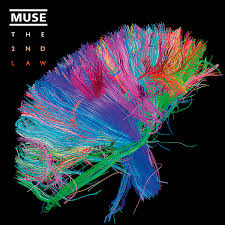 Listen to the album streaming of Muse’s “The 2nd Law” via Guardian HERE.

Watch the full 97-minute set from Bon Iver, recorded live at Radio City Music Hall on Sept. 21. It’s available for 48 hours only, beginning at 9 AM EDT on Sept. 24.

Tickets for all dates go on sale this Friday, Sept 28, at 9am.

The first track from Mike Skinner’s new project, The D.O.T, that has seen him join up with Rob Harvey from The Music. It also features Claire Maguire & Danny Brown.

[LOOK] MAXIXE “Ice On The Belly (warms the senses)”

An amazing track from Metz on Sub Pop Records.