[LOOK] My Tiger My Timing “The Gold Rush”

The debut album, ‘Funtimes’ is out now:

Listen to streaming of The Vaccines “Come Of Age” via Guardian website HERE.

The Vaccines announce a new set of shows for November, the dates are….

Deerhoof’s “Breakup Song” can be heard streaming on NPR HERE.

Cat Power’s “Sun” can be heard streaming on NPR HERE.

Alunageorge – Your Drums, Your Love

[LOOK] Ariel Pink’s Haunted Graffiti “Only In My Dreams” Video

UK TOUR DATES!
Ok, here you go then! Thanks for all the messages yesterday, see you in your town soon! As always we’ve got some really exciting support acts lined up for you too…watch this space….

Oh yeah, we’ve set up a pre sale for the real fans. You can purchase tickets for the shows 48rs ahead of the general on sale date starting Wed 29th Aug at 9am at Gigsandtours.

Blood Red Shoes official video for the single In Time To Voices, directed by Craig Murray.

Kaiser Chiefs Tickets are on sale from 9am on Wednesday 29th August.

From Wikipedia, the free encyclopedia

Hype! (1996) is a documentary directed by Doug Pray about the popularity of grunge rock in the early to mid-1990s United States. It incorporates interviews and rare concert footage to trace the steps of grunge, from its subversive inception in neighborhood basements, to its explosion as a pop culture phenomenon. Hype! shows grunge from the point of view of people within the grunge scene, and attempts to dispel some of the myths of the genre promulgated by media hype, hence the title. The movie generally portrays the latter faction in a satirical way, though acknowledges that media hype helped to propel some of these obscure bands to fame, albeit briefly.

The film first premiered at the Sundance Film Festival in January 1996. It later opened to general audiences on November 8 of the same year.

Hype! includes interviews and performances from bands (primarily oriented with the Sub Pop Records axis) such as TAD, Mudhoney, Nirvana, Soundgarden, Coffin Break, The Gits, Love Battery, Flop, The Melvins, Mono Men, Supersuckers, Zipgun, Seaweed, Pearl Jam, 7 Year Bitch, Hovercraft, Gas Huffer and Fastbacks. Along with the DVD that comes with Nirvana’s With the Lights Out, it is one of the few films to contain video footage of Nirvana’s first performance of their breakthrough hit, “Smells Like Teen Spirit”.

Sub Pop released a soundtrack to the film in 1996, on CD as well as a limited box set version on colored 7″ vinyl. AMG entry

Clinic are set to release their seventh album, Free Reign, on 12th November. Produced by the band themselves in their hometown of Liverpool and mixed with the assistance of Daniel Lopatin (Oneohtrix Point Never), Free Reign is an extremely apt title for a particularly bold and assured new transmission from planet Clinic.

In the fifteen years since the release of the irrepressible band’s debut EP, Ade Blackburn and co. have essentially delivered an exquisite masterclass in fearless singularity. The junkshop-trawling analogue fetishism of the warm, smoky instrumentation that gives their songs such a vividly placeable sense of mood and atmosphere; the surrealist bent of Blackburn’s lyrics – so steeped in their own personal mythology – and the band’s over-riding commitment to never straying into the realm of the obvious or complacent are all long-standing elements of Clinic’s work that are furthered, perfected even, on Free Reign.

Free Reign neither turns its back on the direction of its predecessor, Bubblegum, nor seeks to revisit it verbatim, instead incorporating the simple, childlike melodies and spacious nature of the former whilst being at the same time as powerful, visceral and rhythmically charged as anything the band have ever recorded.

Free Reign will not only be available on the usual formats – CD, LP and digital download – but also on limited edition UFO format, in the form of an exclusive, glow-in-the-dark, cosmic flying disc which comes with the album download code (ie, a pretty nifty Frisbee). To pre-order the album click here – http://www.dominorecordco.com/uk/albums/08-08-12/free-reign/.

From the new album Strapped coming out September 25th on Mexican Summer.

October 29th 2012 sees the release of the Twang’s third studio album, entitled 10:20. Listen to the lead track ‘Mainline’ below. 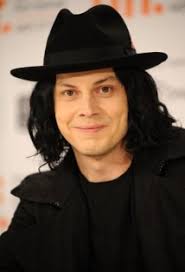 Jack White returns with a UK & Ireland tour this autumn,

[SEE][NEWS] This Many Boyfriends announce UK Tour (Including Newcastle date)